THE KNIGHT FAMILY OF DOWNTON CASTLE 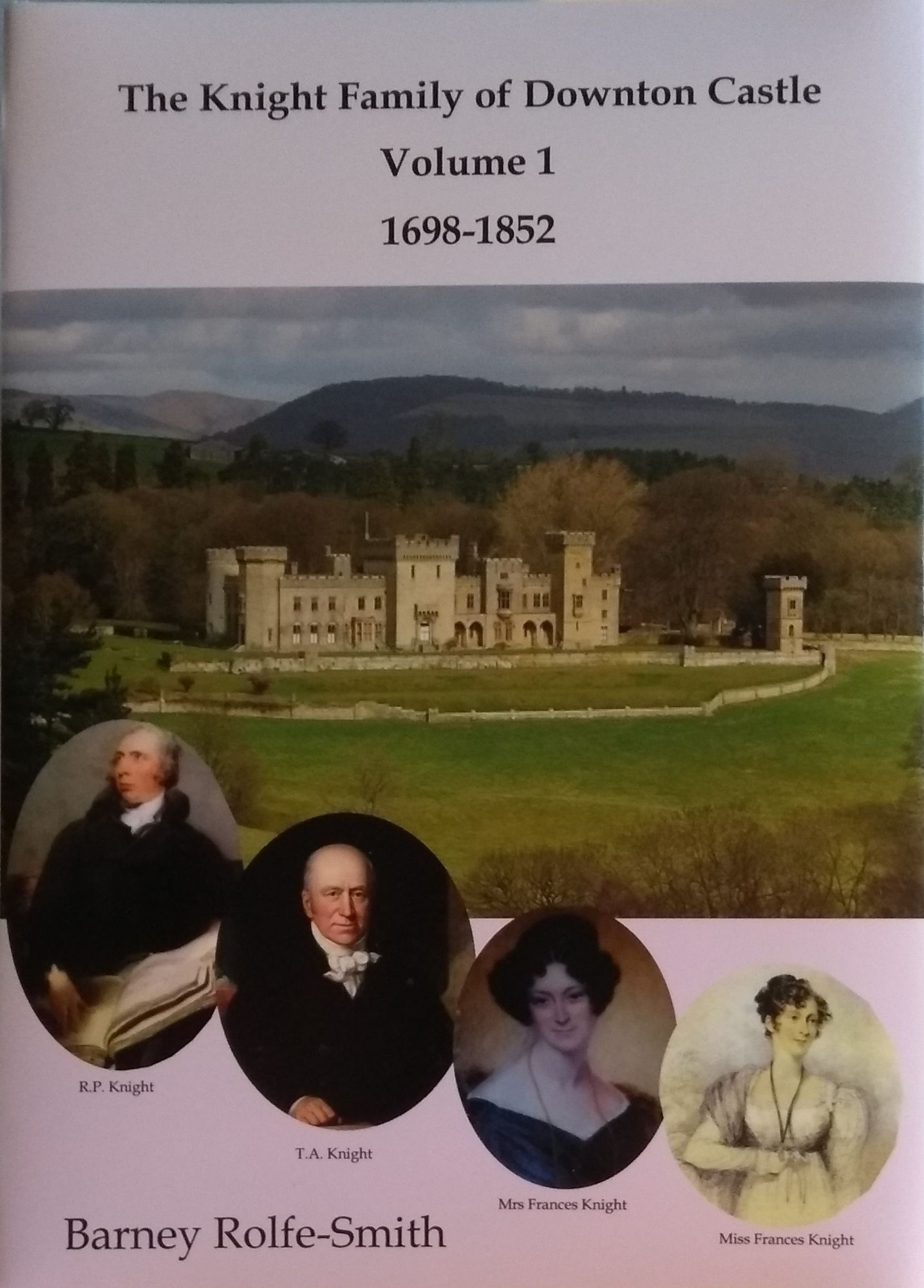 The Knight Family of Downton Castle charts the progress of a family who moved to Downton, near Ludlow, towards the end of the 17th Century and takes the story up to 1852.  From the humble beginnings as the manager of a small ironworks Richard Knight built a business in the West Midlands that enabled him to own the second largest estate in Herefordshire and the wealth to support a large family in many mansions.

When the third generation inherited Knight’s wealth and estates in the late 18th Century it provided his grandsons the platform to indulge their passions.  However, unlike many others of their day two of the grandsons, brothers Richard Payne Knight and Thomas Andrew Knight, chose not to squander their inheritance.  Instead each chose to follow separate paths of scholarship and learning for the further enlightenment of their generation.

Payne Knight chose the study of the Ancient Greeks, the art of the landscape, the appreciation of art and the patronage of artists.  He designed his own house, Downton Castle.  He became a Member of Parliament, a magistrate and patron of several Herefordshire charities. A leading member of the Dilettanti Society and a founding governor of the institution that was to become the National Gallery.  He was an author of several works, a collector of old master drawings and of ancient coins and bronzes all of which were to form a significant bequest, worth many millions, to the British Museum.  His reputation as a connoisseur was at times hugely respected but he was dogged, for most of his life, by some individuals who accused him of promoting in one publication ‘ a new species of blasphemy’ and of peddling material for ‘the obscene revellings of Greek scholars in their private studies’.

Thomas Andrew, a keen observer of nature, took to experiments with both plants and animals to improve their quality or production.  Encouraged by Sir Joseph Banks and Sir Humphry Davy he soon became the leading horticulturalist of the day and President of the Horticultural Society.  His authorship of hundreds of papers, published widely throughout the nation, was the catalyst for a surge of interest in horticulture amongst the middle classes.  His abiding interest in the state of the small farmer and their agricultural workers led him to become a leading figure for reform of the taxation on farmers and tithes for the church.  The foundation of, and his participation in, the Herefordshire Agricultural Society encouraged the formation of similar societies throughout the land.

The story of this family is much more than the lives of just these two brothers and informs the reader of the family’s influence on the development of the area of south Shropshire and northern Herefordshire.  It tells of the achievements of wives and daughters and includes the activities of cousins such as John Knight on Exmoor and Thomas Johnes at Hafod.  It describes the visits to Downton of persons such as the Princess Victoria, Lord Nelson, Emma Hamilton and Anna Seward.  It is a book of some 300 pages with many illustrations, maps and genealogy tables.  Further information, such as the list of contents, can be found on stonebrookpublishing.co.uk .  The book can be purchased through the website or at local bookshops such as Castle Bookshop. Ludlow.